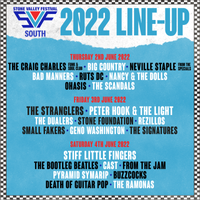 Rescheduled date. Ticket holders who cannot make the new date can get a refund from their point of purchase. 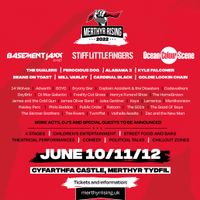 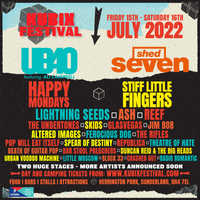 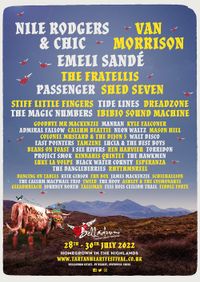 Kiltarlity near Inverness, in Scotland 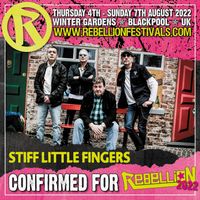 The biggest punk festival of the year! 4 days, 7 stages, and more great bands than you can count! SLF will be headlining Sunday night (they saved the best for last)!

Some summer fun from SLF! 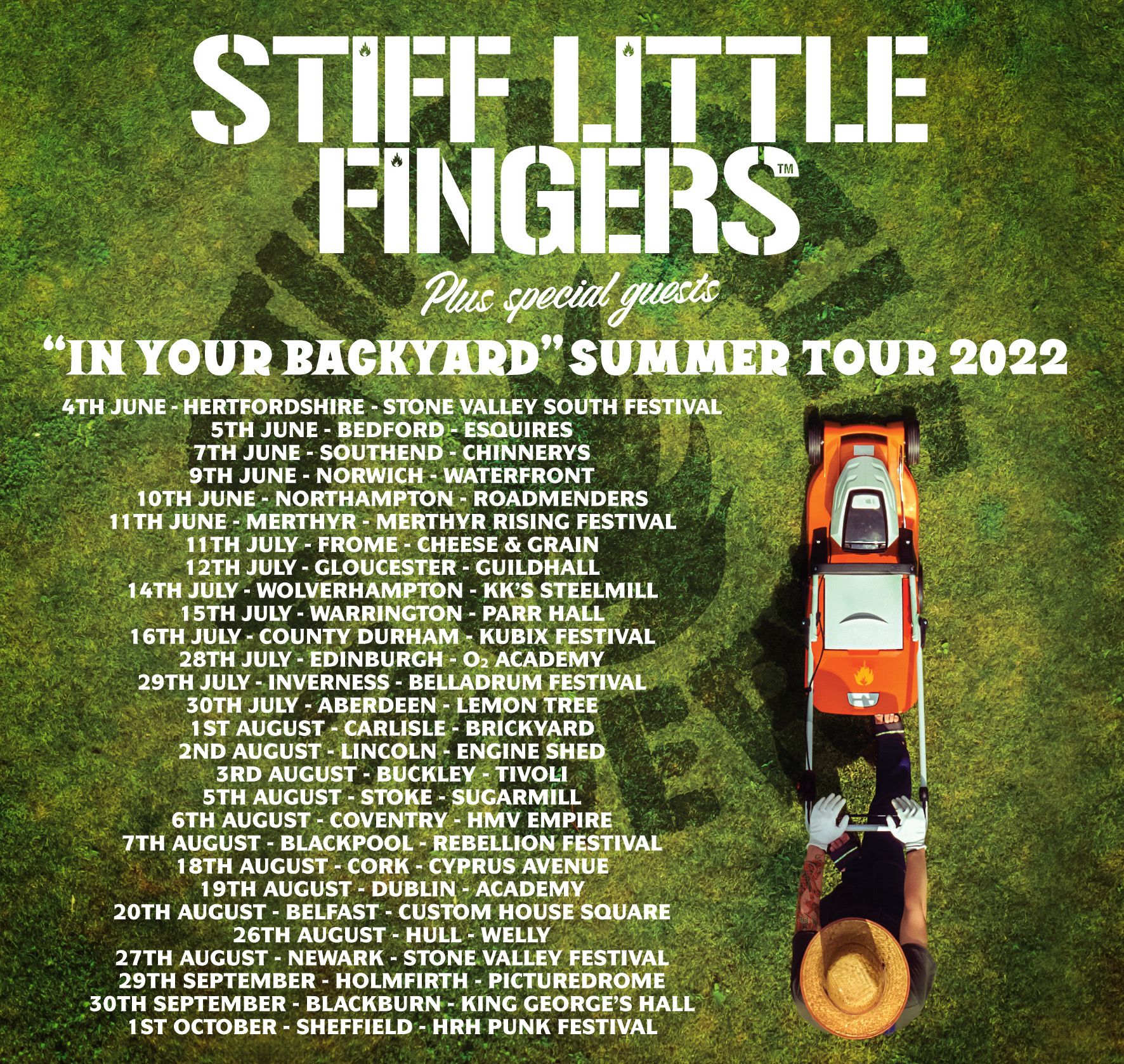 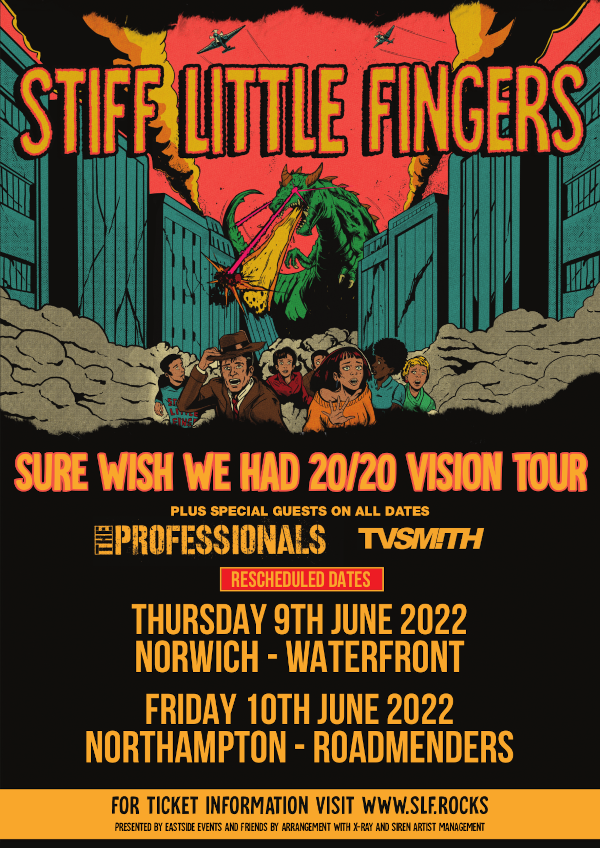 These dates are SOLD OUT. Ticket holders who cannot make the new dates can get a refund from their point of purchase.

For sold out shows, check Twickets 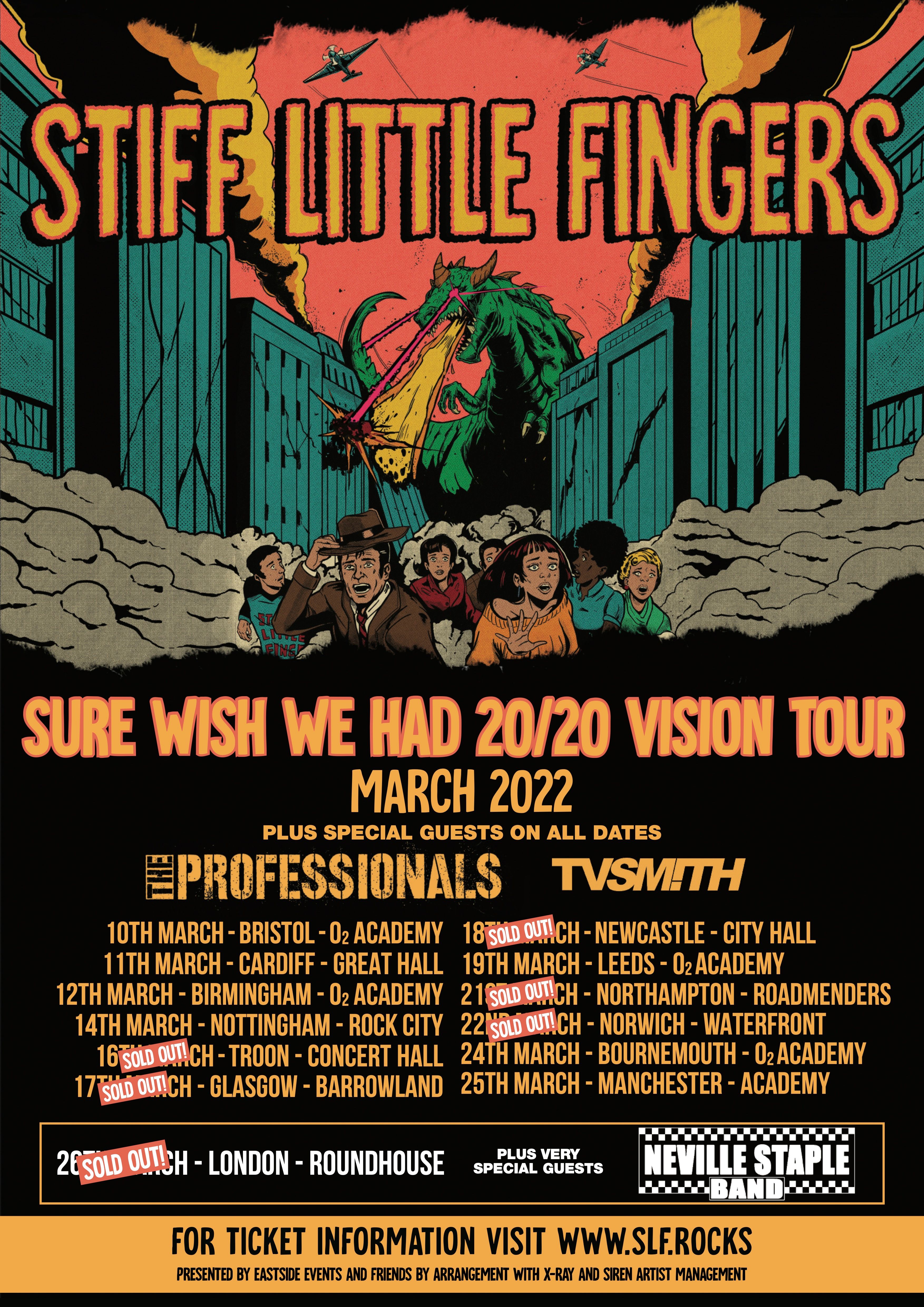 Stiff Little Fingers has partnered with Twickets so fans can safely buy and sell spare tickets for our sold-out dates at no more than face value. Don't be bitten by touts or scammers! Visit https://stifflittlefingers.twickets.live 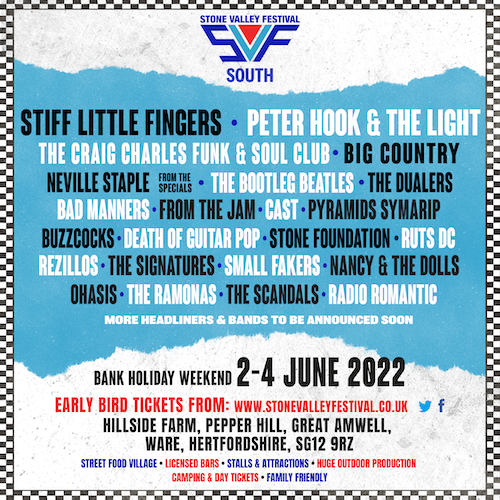 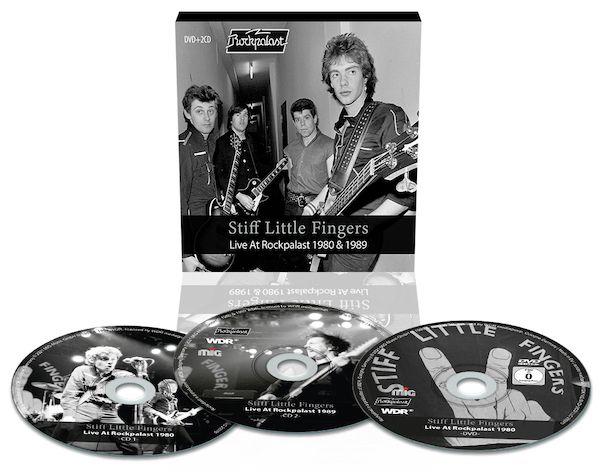 New Stiff Little Fingers live CD/DVD set out now: Live at Rockpalast. Comprised of three discs, “Live at Rockpalast 1980 & 1989” – the first two discs are audio-only, featuring the band's 1980 and 1989 performances, while the third disc is a DVD of the group’s classic 1980 appearance on Germany’s long-running music show.

Jake Burns remembers, "The place was packed and the audience was with us from the first note. They were wonderful, singing and bouncing along. It really felt like a 'home game' to use a football analogy. I thought we played really well too, apart from a slight timing mistake during "Back to Front", a new song we were still learning. (See if you can spot my giving Jim the "look of death" at that point! LOL!)."

Previously available only as a lesser-quality bootleg, this is the earliest official video release of a full Stiff Little Fingers concert.

The Making of Go For It / 40th anniversary 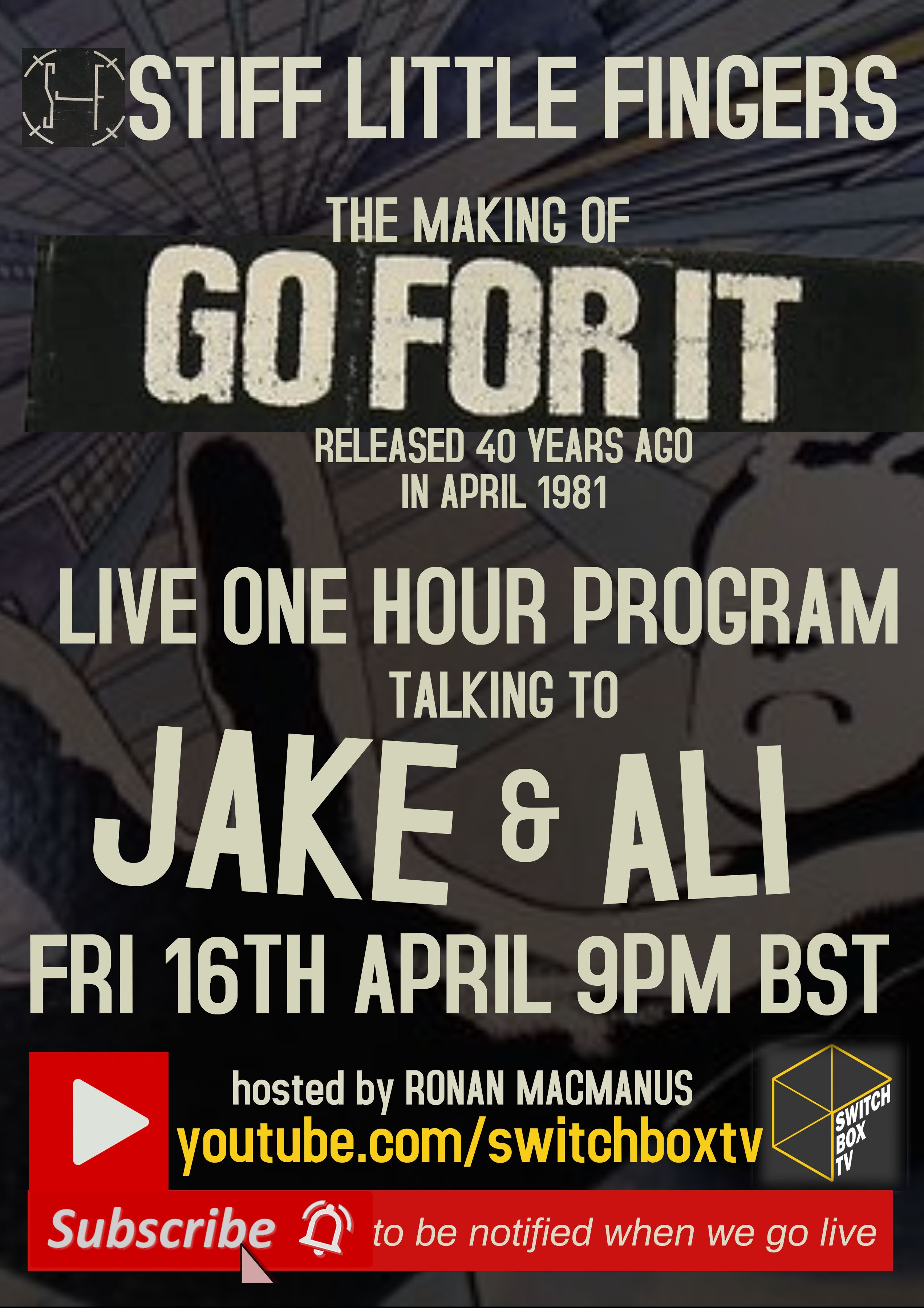 Streamed live on YouTube, Jake Burns and Ali McMordie of Stiff Little Fingers discussed The Making of Go For It to celebrate the 40th anniversary of the album's release. This live one-hour program was hosted by Ronan MacManus on Switchbox TV's YouTube Channel. Here's the recording on YouTube!

Following the cancellation of the 2020 and 2021 Rebellion fest, we will be appearing at the 2022 festival. Great line-up! 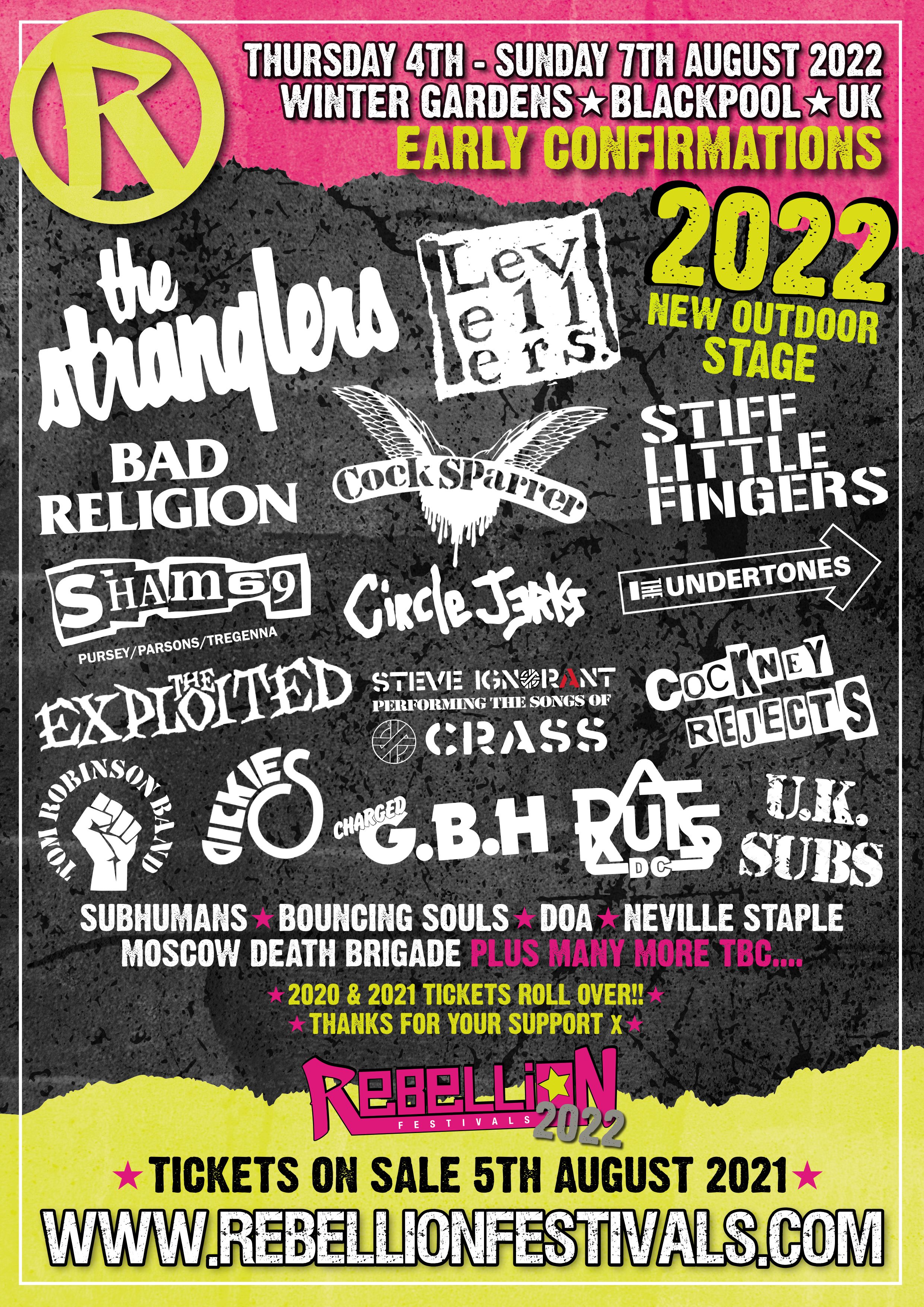